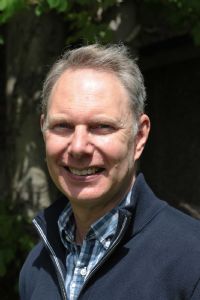 I've been a Christian for over 40 years and have been in Leadership for over half that time in previous churches.  I started coming to Loughton Baptist with my wife Amanda a few years ago.. We immediately felt welcomed and became part of the family in no time. We felt the Lord had a purpose for us here. I can turn my hand to most things and on Sundays can usually be found at the back of the church operating the audio visual equipment.

I also serve the wider Baptist community by serving on the Finance Committee of the London Baptist Association.

When I have some spare time I can be found on or behind the stage of a local theatre company which definitely puts the Am in Amateur Dramatics. 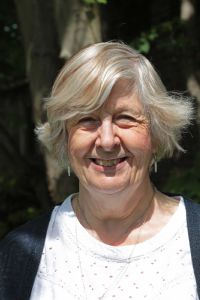 I am single and now retired. My professional background was working with children, young people and their families in a number of settings.

I have been a Christian for over 50 years. I have been at Loughton Baptist Church for over 3 years now where I was recently elected as a deacon.  I am the designated person for Safeguarding and am also a trustee for Little Treasures, our church preschool.

I have a passion for outreach; to share the love of Jesus within the local community.  I am also responsible for the ministry to children so, if you are a younger visitor to Loughton Baptist Church, you will find a warm welcome in our children’s church. 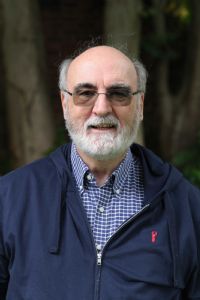 I grew up locally and attended the former Buckhurst Hill County High School before training in medicine at the London (now Royal London) hospital, graduating and then becoming a Member of the Royal College of Physicians. I worked for many years in the NHS, both in hospital medicine and as a GP.

For 22+ years, I was the pastor of Totteridge Road Baptist Church in Enfield, from where I retired in 2016. During my tenure I led the church with a strong commitment towards multicultural ministry, and also developed overseas links in Zimbabwe, Kenya and Malawi’.  I chair the Friends of the Theological College of Zimbabwe (UK) group, as well as being on the board of the college. I travel regularly and speak at conferences and colleges, including the annual Assembly of the Baptist Union of Zimbabwe.

In the UK I served for 5 years as chair of governors of 2 primary academies in Enfield. I support the wider Baptist fellowship, serving two terms as a director of the London Baptist Association and was the first chairperson of Ascension Trust, the organisation behind “Street Pastors”. I returned to the LBA board in 2016, and am currently involved with the Mission Partnership Funding and Ministerial Recognition Committees. Since retirement from full-time ministry, I have moderated several churches undergoing Pastoral Transition and currently am a mentor to newly accredited Baptist ministers. 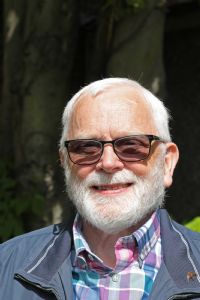 I attended Cranbrook Road Baptist Church as a small child and was taken to Sunday School by my big sister.
There I joined The Life Boys, which later became The Boys Brigade Junior Section and progressed to Company Section, still attending on Sundays.

However it wasn’t until I attended a Billy Graham Crusade at Earls Court in 1966 that I made a decision and gave my life to The Lord. I was Baptised on Sunday 11th September 1966.  Serving as Warrant Officer and Lieutenant in the BB, I then began teaching in the Sunday School at the age of 19.

I met Carol in March 1974 and we were married at St John’s (her parish church) in November 1974.  Our pastor, Rodney Sawtell, took part in the wedding service and I continued worshipping at Cranbrook Road until 1981 when, as a family, we moved to Buckhurst Hill transferring my membership to Buckhurst Hill Baptist Church where I served in the Sunday school, at Holiday Clubs, in the Lighthouse Coffee Bar and 12 years over 2 terms on the Leadership Team. 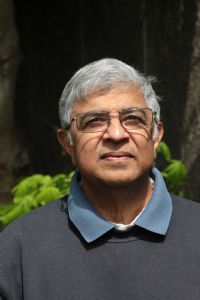 Originally from Kenya, I came to UK in 1967. It was through university christian union that I became Christian. Having qualified in biomedical sciences, I pursued a career in NHS haematology laboratories. I have been a Christian for nearly fifty years and have been privileged to learn and grow in Christian faith and help within church life, though with many failings along the way. Married to Lynda, we have two children.

Following retirement, we moved to Loughton in 2016 to be nearer our family and also to be at hand to look after our two grandchildren. I enjoy playing badminton and I volunteer at a local community garden project that primarily brings people together in a supportive and safe outdoor space to grow fruit and vegetables.